These taco stuffed peppers are a great low-carb way to enjoy the flavors of tacos, with seasoned ground beef, cheese and toppings like tomatoes, avocado, and cilantro.

Bell peppers are low in carbs and make a perfect vessel for tacos. We fill them up with all our favorite taco filling and bake them. The cheese melts into the pepper and they’re oh so good.

It’s fun to try something different once in a while, and I no longer feel like I can’t enjoy taco night just because I don’t want to eat tortillas. By the way, you can always make these low-carb tortillas quickly at home for taco night!

This is an ideal meal for a low-carb diet because it mimics a favorite, but without the extra carbs. They’re so good that you won’t even miss the tortillas.

How Many Carbs Are There?

The serving size of this dish is one whole pepper (two stuffed halves). There are 5 total grams of carbs in a serving and 2 grams of fiber. So there are 3 net grams of carbs per serving.

if you add additional toppings, keep in mind that you will also be adding additional carbs to the dish. Stick with adding lettuce, avocado, cilantro, and a small amount of tomatoes.

» Here are 10 of our favorite side dishes to serve with stuffed peppers, so you can make a meal of it.

For these low-carb stuffed peppers, you’ll need a few of the typical taco ingredients, plus any extras you like for garnish.

Ground beef – You can also use ground chicken or turkey, if you like. I’ve even used a plant-based mince, which is a great alternative for vegetarians or for meatless Monday.

Taco seasoning – I make my own homemade seasoning blend, but you can also use a store-bought seasoning as long as you check for hidden sugars in the ingredients list first.

Cheese – I use shredded cheddar cheese, but mozzarella or Monterrey Jack works as well. If you don’t like melted cheese, you can use Cotija cheese after cooking.

Toppings – You can put whatever toppings you like on the tacos. Sometimes we just eat them with cilantro and hot sauce. Keep it simple. Sometimes we load them up with chopped tomatoes, avocado, shredded lettuce, sour cream and jalapenos. Anything goes.

How to Make Taco Stuffed Peppers

Step One: Cut & Pre-Cook the Peppers

To make these, start by halving the peppers and taking out the seeds. You’ll want to stick the peppers in the oven by themselves for about 5 minutes before stuffing them with the fillings and baking all together.

If you don’t pre-bake them, the peppers might turn out a bit underdone, or the ingredients will be overcooked.

While the peppers are in the oven, brown the ground beef. You can also use ground turkey or chicken, or even shredded chicken or beef… whatever makes you happy. Once the meat is done, drain it and add taco seasoning.

It’s super important to have high-quality beef to make this recipe with. I’m a huge fan of the 100% grass-fed beef from ButcherBox. It’s a meat subscription box that’s delivered to your door monthly with the cuts of meat you choose. All the meat is humanely raised and never given antibiotics or added hormones. I appreciate the peace of mind that gives.

Remove the peppers from the oven and fill them up with the seasoned ground beef.

Top them with grated cheese.

Pop them back into the oven for 15 minutes. When the cheese is melted, they’re done.

If you’re feeding the family, you can provide a bunch of toppings and everyone can choose their own.

If you’re on a keto diet, adding extra cheese and guacamole is a great way to increase the fat ratio in your meal. I think that’s why this is a perfect low-carb/keto meal. It’s a great way to get all of the necessary macros in one really tasty dish.

Do you have to cook the meat before stuffing the peppers?

Yes, for this recipe you have to pre-cook the meat before stuffing it in the peppers. That enables you to season the meat with taco seasoning and give additional flavor to the filling. Since the meat and the peppers have been pre-cooked, the baking time is greatly reduced.

Should you boil or bake the peppers before stuffing them?

It’s best to bake the peppers in the dish you will continue baking them in once stuffed. Boiling them can lead to watery peppers with lose skins.

Can I add other taco fillings to the peppers?

To keep these stuffed peppers low-carb, we don’t add any extra fillers like rice or beans to the peppers, but you certainly can if you don’t mind the extra carbs. Black beans or refried beans make a great addition, as does Spanish or Mexican rice. 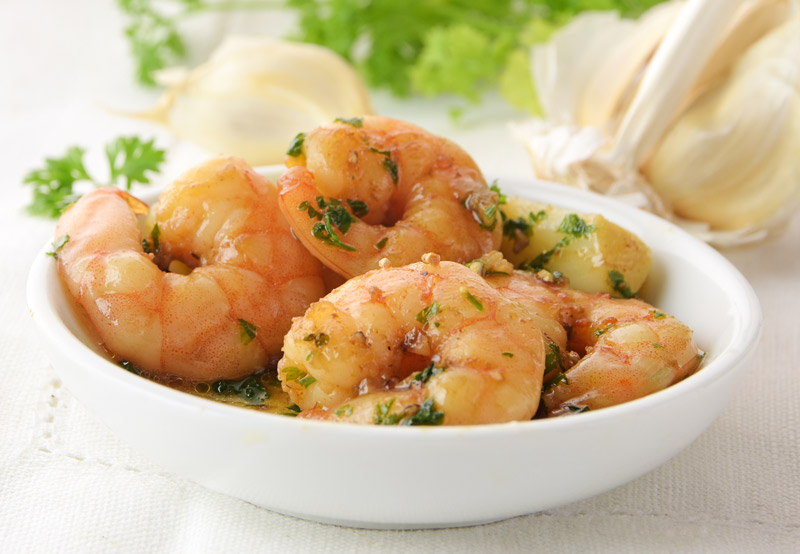