Biscuits and Gravy doesn’t have to be something to avoid while on a keto or low carb diet. This keto biscuits and gravy recipe is so close to the original that you won’t believe it’s keto friendly.

That was until I started thinking it through and realized there was a way I could make it keto just by making a few adjustments. I gave it a try one weekend and was incredibly surprised how easy it was.

If you’ve been craving biscuits and gravy, I’m happy to say that you can go right ahead and eat some. This recipes is very easy. It’s so similar to the old way of making it, I think you’ll be surprised.

And the best part is that its just 4 grams of net carbs per serving.

These biscuits will turn out best if you use blanched almonds. Blanched just means that the skin has been removed from the almond before it was ground up. Read more about the difference here. The outcome is a lighter, prettier biscuit, and less mealy.

I use almond flour from Wholesome Yum. It can be ordered directly through this link. It’s the perfect consistency for almond flour and is specially designed for keto cooking. It’s blanched finely ground almond flour has the best texture for keto baking.

I weigh out the almond flour and stick it in the fridge 20 minutes before I plan to use it, so it’s nice and cold.

How to Make Low-Carb Biscuits and Gravy

When I make this recipe, I start with the biscuits. You’ll need to make up a quick batch of these keto almond flour biscuits. They’re super easy to make.

For this recipe, we make 4 biscuits. Each serving is one biscuit and 1/2 cup of gravy.

The flour, salt, and butter get combined together first, until crumbly, then add the baking powder and one lightly beaten egg white. Drop the biscuits onto a baking sheet lined with parchment paper. The biscuits don’t flatten and spread by themselves, so shape them how you want them to turn out.

Bake the biscuits at 350 degrees F for 15 minutes. I have to watch mine pretty closely after the 12 minute mark and take them out as soon as they turned golden, like in the picture below.

While the biscuit are baking, you can prepare the low-carb sausage gravy. See our full recipe for this gravy here.

Start by browning the ground sausage and breaking it up into small pieces. When the meat is cooked through, add the butter and almond flour to the pan and whisk it all together.

I’ve seen many variations of gravy recipes. Others include things like cream cheese or mascarpone cheese, almond milk, chicken broth, and xanthan gum. This recipe just uses butter, almond flour and heavy cream + water. I don’t find that you need xanthan gum to make it the gravy creamy.

If you want to add cheese to make it even creamier I would use mascarpone over cream cheese because it’s less flavorsome. But again, I really don’t think you need any of those ingredients to make great gravy.

Add the heavy cream and water and whisk it all together. Season with salt and pepper, to taste. As the gravy bubbles, it will get thicker. The longer you cook it, the thicker it gets, so it’s best to serve it as soon as the biscuits are ready.

We had a reader mention that their gravy never got thick. I believe this is most likely due to the type of almond flour you’re using. The finer the flour, the better. If you’re using almond meal, it might not thicken as much. If this bothers you, you could sprinkle a small amount (like 1/2 tsp) of coconut flour or another type of low-carb flour to the gravy to thicken it a bit more.

You could also add cream cheese, mascarpone, or 1/4 tsp of xantham gum to thicken the gravy, if you need to.

When the biscuits are done, take the from the oven. I like to split them open and put the gravy on them open faced, but you could serve them however you like!

I won’t pretend that this is an exact substitute for wheat flour biscuits and gravy, but they are a very good alternative when you’re craving biscuits and gravy. The difference is all in the texture. The taste is the same.

Almond flour isn’t as fine as wheat flour, so the texture of the biscuits and the gravy itself is more mealy. That said, they’re still quite delicious.

By replacing regular wheat flour with almond flour, you can remove most of the carbs from this dish. So if you thought you couldn’t eat biscuits OR gravy on a keto diet, you absolutely can.

There are 4 net grams of carbs in one serving, which is one biscuit and about 1/4 cup of gravy.

The calories in the dish are rather high, mostly due to the sausage, butter, and heavy cream, but all of those ingredients are keto safe. If you want to cut down on the calories, you could add less sausage, use turkey sausage, or use half and half instead of full cream.

Is gravy okay to have on a keto diet?

What is xanthan gum?

Xanthan gum is a popular food additive that is commonly used as a thickener. It has no flavor and is used in such small quantities that is doesn’t affect the taste of a recipe. It is very keto friendly as it has 0 net carbs. Use it sparingly though. Too much and your recipe could seize up.

Can I freeze these biscuits?

Yes! Once they have cooled, wrap them up tightly and freeze for up to 3 months. They can be reheated in the oven or microwave. This is a great way to always have biscuits on hand when you need them, rather than having to make a new batch each time. 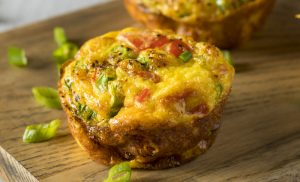 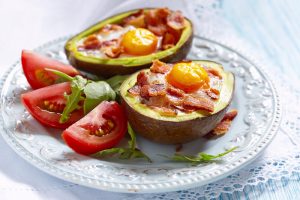 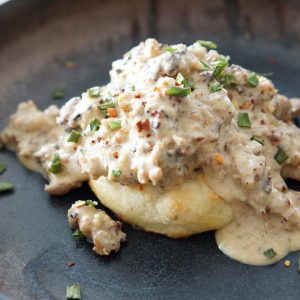 Other Breakfast Recipes To Try 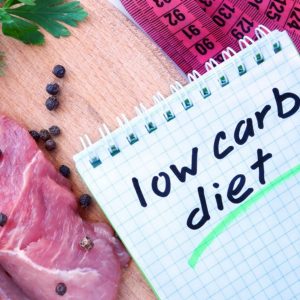