Coconut flour is an excellent wheat flour substitute, especially for those on a low-carb diet. It has numerous benefits, is very low in carbs, and can be used to make cakes and breads without the high carb count.

But, coconut flour isn’t for everyone. Whether you have an allergy or simply don’t like the taste, you’ll be pleased to know about the many coconut flour substitutes that you can use to make recipes in a similar way. There are some considerations to make, since coconut flour behaves differently than other flours, but that’s usually just a simple calculation.

Why Would You Need a Coconut Flour Alternative?

Coconut flour is made from dried, ground coconut meat. It is an easy gluten- and keto-friendly flour alternative that you can make at home or buy pre-made.

It is often referred to as the all-purpose flour of a keto diet, alongside almond flour, but there may be a host of reasons why it may not be suitable for you. Maybe you’re allergic to coconut or just not like the flavor.

It can also be expensive. Making it at home can help you save a few bucks, but it is still pricey.

Therefore, some people may seek an alternative to almond flour that is both cheaper and better for their health.

What are the Best Coconut Flour Substitutes?

By now, you must be wondering, ‘what can I use instead of coconut flour?’. Luckily, there are a few substitutes on the market, so you’re bound to find an alternative that fits your lifestyle.

Almond flour is made from ground almonds. You can purchase it in a few different forms, but the most popular is blanched almond flour, where the nuts have been bleached and peeled. This is different from almond meal which is made from raw unpeeled nuts.

Almond flour is rich in vitamin E, antioxidants, and magnesium. It can be used to make many things, but is best for things like pancakes, biscuits, and scones. It’s a fairly universal flour that can also be used to make a breading on chicken or to make a crust for a pie.

Made from ground flaxseed, flaxmeal is a great flour alternative. Some people call it one of the most powerful plant foods there are, and it’s long been considered a super food.

There’s even evidence that flaxseed helps reduce your risk of heart disease, cancer, stroke, and diabetes.

The great news is that flaxseed flour contains 6 grams of carbs and also 6 grams of fiber, so it’s one of those rare carbless wonders. However, you can’t use flaxseed only to bake, like you can with some of the other flours on this list. You will have to combine it with another flour to complete the recipe.

Pecans are not just a topping for your favorite Thanksgiving pie anymore! Surprised that they can be used to make a low-carb flour? So were we until we tried it.

Pecan flour is one of the best sources of vitamin E and it has high levels of protein and fiber, too. That makes it a great alternative to flour for baking and cooking, even for those on a low carb diet. It has half the amount of carbohydrates that wheat flour does. In 1 ounce, there are just 2 net grams of carbs.

As you might expect, pecan flour has about the same texture as almond flour, and it also has a nutty flavor to it. You should use it to make things that will benefit from that nutty flavor, but even savory dishes go well with this flour, so you can also use it as a breading.

Sunflower seeds are low in carbs yet high in vitamin E and selenium. It is also linked to promising results for patients with inflammation, diabetes, and heart disease. So, adding a bit of sunflower seed flour to your baked goods means you can enjoy them guilt-free.

This flour makes an excellent replacement flour and adds a nutty sweetness similar to almond flour that isn’t too overpowering. You can easily use it to replace almond flour at a one-to-one ratio.

It can be a bit pricey, but you can make it at home too with simple household items like a blender or coffee grinder. Store it in the fridge or freezer to maintain its freshness.

While still low, this flour’s carbohydrate level is a bit higher than other flours on the list.

Sesame seeds have more uses other than sprinkling it on top of your burger bun. It also has a high dose of magnesium, calcium, B vitamins, and fiber.

Sesame flour is a versatile flour that is high in fat and protein while still keeping its carb count low. As a result, it is a good replacement for keto and paleo cooking.

It is made by grounding the seeds to a fine powder that has a delicious nutty flavor. This lends you the nutty flavor you want from almond flour without the fear of a nut allergy.

Like coconut flour, it also has a high absorption rate which you would need to remedy by adding more liquids to your recipe. When baking with it, substitute a quarter cup per the whole cup of all-purpose flour.

You can easily make your own sesame seed flour at home. Simply by grinding them until fine in a blender, food processor, or coffee blender. However, this won’t be totally necessary as it is more affordable compared to coconut and almond flour.

If you’re still looking for a sub for almond flour, carbalose flour might be of interest to you. This flour has the same taste, feel, and texture as real wheat flour but with only about ten to 20 percent carbohydrates.

Carbalose is a great alternative to high carb flours which doesn’t require you to alter your recipes. Simply replace your regular flour with this low-carb flour, and you’re good to go. This is excellent news for newbies hoping to start a keto diet.

Unlike other flours on the list, carbalose flour is not gluten-free and should not be used by people with gluten sensitivities or celiac disease.

It should also be noted that if you’re following a keto diet to lose weight, this flour alternative might not be for you. While some people have no problem staying in ketosis using this, others find it challenging.

Coconut flour is a great ingredient to use on your low-carb food journey. It is packed with nutrients, adds richness to baked goods, and can even extend its shelf life. However, if you can’t eat coconut for whatever reason, seeking a replacement might be your next step.

Fortunately, with this list of low-carb alternatives, that shouldn’t be a problem. Coconut flour can also be pricey, but many alternatives help you stretch your money a bit longer while still providing similar effects. 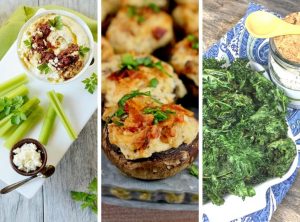 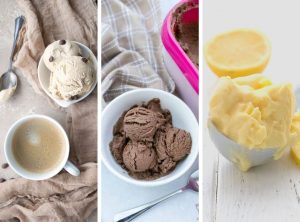 PIN IT FOR LATER