Skip to content
Jump to Recipe Print Recipe
This article has links to products and services we recommend, which we may make commission from.

This low-carb pizza dough is made primarily of mozzarella cheese and almond flour, and it produces a very convincing pizza dough.

One of the best things to happen to low-carb and keto eating is Fathead Pizza Dough. Made with just 4 ingredients, this crispy, yet chewy pizza dough alternative is ready in just 20 minutes.

The original recipe comes from the Fathead movie, a 2009 documentary that aimed to debunk the myth about the connection of a high fat diet, increased cholesterol, and heart disease.

That myth has since been successfully refuted, and you shouldn’t be worried about eating this pizza dough. It comes out so close to regular flour pizza dough that you’ll be shocked.

In my opinion, the dough has a noticeably different texture, but in the end, it allows me to still eat pizza and I can’t be mad at it for that! In fact, if you didn’t know what you were eating, you likely wouldn’t even question if it was low-carb. The chewy, crispy, bread-like texture is pretty darn close to the real thing.

Since making this dough a number of times, I’ve come to some conclusions. There are two different versions of this dough that you can make.

One version requires you to melt the mozzarella and form a dough that can then be rolled out with a rolling pin. The other version does not require you to melt the cheese first.

I don’t have a major preference for one over the other. They both have their pros. So I”m going to give you both methods here and you can decide which one you want to use. Or try them both, and then decide.

The more popular way to make this low-carb dough is to melt the cheese and form an actual dough.

Here are the steps to follow for this version:

When I started out making this dough, I only ever used this method, because it’s faster and easier. The end result is only slightly different. I’d say it’s more chewy and slightly more airy than the other version, which is more dense and “bready”.

There are also two versions you can make with different types of flour. The two main flours you can use are coconut flour and almond flour.

I prefer using almond flour because the taste is more mild. However, almond flour is a lot more expensive and you have to use quite a bit more of it in the recipe.

Coconut flour has a stronger taste of coconut, which doesn’t pair quite so well with pizza ingredients, but it’s not subtle. However, coconut flour is much cheaper and you use a lot less. Plus, it’s a great alternative if you have a nut allergy.

Here are the ratios for each type of flour:

How Many Carbs Are in Fathead Pizza Dough

There is a slight difference in calories and carbs depending on which recipe you use. The recipe we’ve added to the bottom of this post is using almond flour.

There are 4 servings in the recipe. So each serving is 285 calories, 6 grams total carbs, 2 grams of fiber, and 23 grams of fat. That’s just 4 net carbs per serving.

Like this recipe? We’ve got lots more recipes to try: 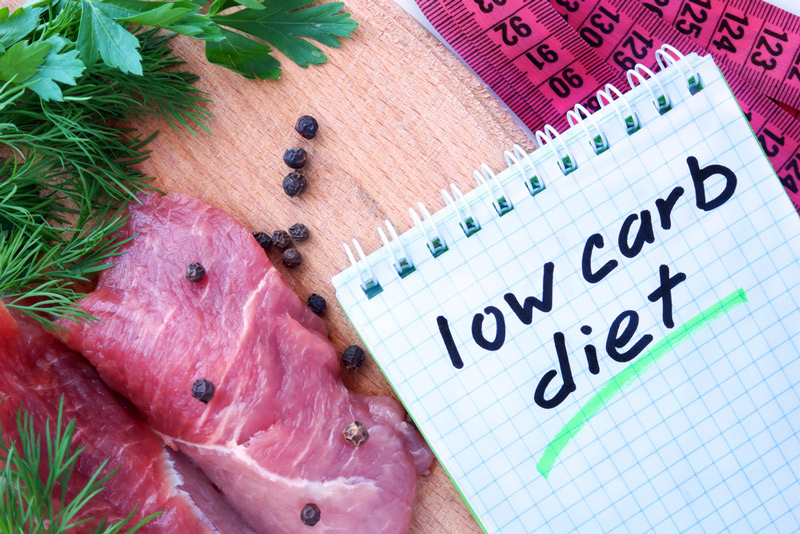